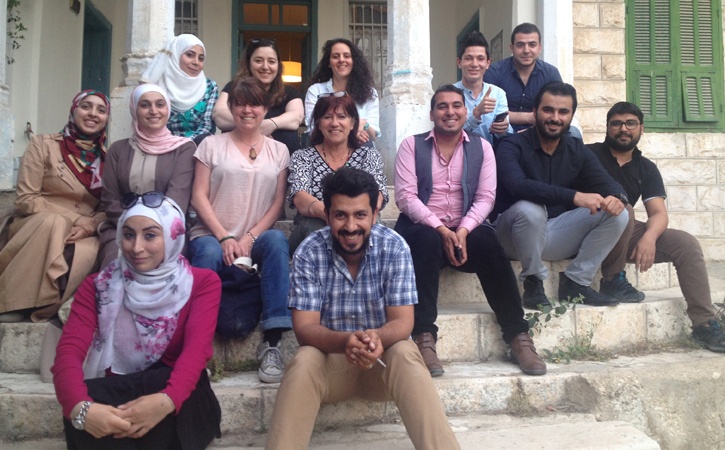 Syrian Stories: Suspended Lives will receive its premiere at Sheffield Doc/Fest on Monday 12 June, screened alongside a collection of new, urgent, and fast turnaround stories from around the world under the banner of Doc/Dispatch.  Suspended Lives is the first of the six films that make up the Syrian Stories project, to be shared with an audience. The films are a collaboration between SDI, Bidayyat for Audiovisual Arts and The British Council.

We have many excellent films about Syria screened at international festivals. However the wee films made during Syrian Stories workshops by young Syrian filmmakers surviving on the borders of their homeland such as “Suspended Lives” are designed to challenge xenophobic and racist narratives around Syrian migration by promoting the humanity and dignity of citizens in exile.

It has been a privilege to work with the filmmakers and to be made welcome in the homes and lives of the Syrians we have filmed.”

The aim of the project was to enhance the expertise of emerging filmmakers of Syria’s neighbouring countries, empowering them to realise their creative projects and reach new audiences in the MENA region, the UK and internationally. The films also give a fresh perspective on the Syrian experience of displacement, challenging misconceptions and stereotypes.

Made during an SDI workshop in Amman, Suspended Lives is about a top commandant from the Syrian National army who defects and escapes to Jordan. Having left everything behind, he discovers that he can’t get refugee status because of his history in the army. With a price on his head back home, he and his family can’t return to Syria. Suspended lives tells the story of a family condemned to “inactivity”, their days alternating between anxiety and boredom.

Director Hiba Zaheer Hamdi talks about making the film and about her experience of the workshops in Amman.

Syrian Stories: Suspended Lives will premiere as part of Doc/Dispatch at Sheffield Doc/Fest in Curzon Screen 1 on Monday 12 June at 17:00.

We will keep you up to date with updates about the release of the rest of the Syrian Stories as well as the other films in the ‘Stories’ strand of on our website.