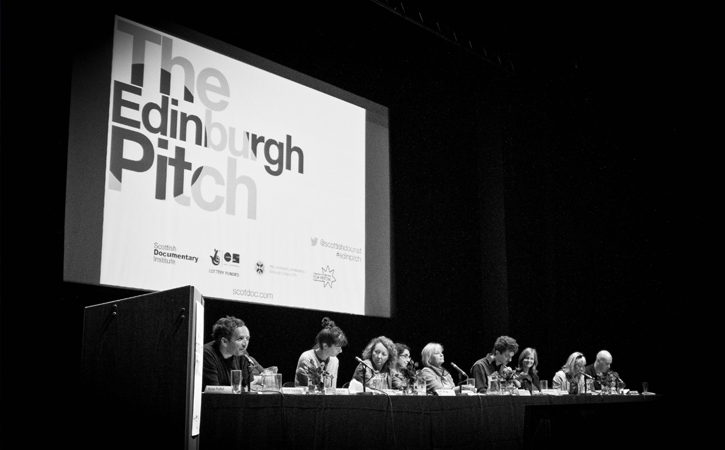 We are delighted to announce the selected projects for The Edinburgh Pitch 2018!

Now in its 12th year, The Edinburgh Pitch is running alongside the Edinburgh International Film Festival (20 June-1 July). Independent filmmakers and companies developing and raising finance for creative feature documentaries will pitch their project in front of an international panel on Tuesday 19th of June.

The projects selected for this year’s event are:

Observers are also welcome, this is a great opportunity to learn more about TV commissioning and the international landscape for documentaries and you may pick up some expert advice that’s relevant to your project! You can purchase an Observer Pass HERE.

For any additional information on the Edinburgh Pitch, please contact: edinburghpitch@scottishdocinstitute.com

The Edinburgh Pitch is part of our Docscene season of masterclasses and workshops supported by Creative Scotland and the Edinburgh College of Art (University of Edinburgh).