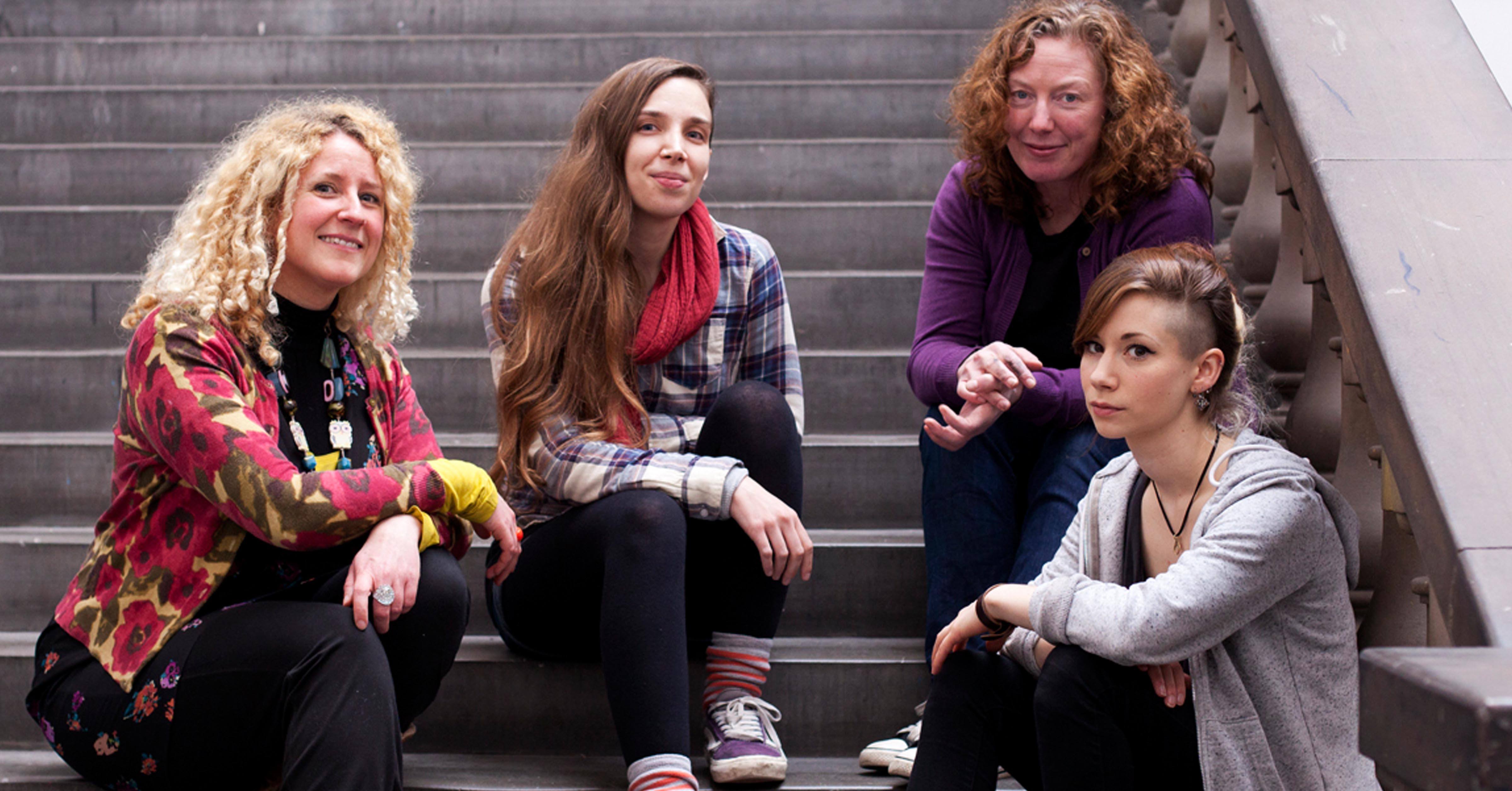 Each year our Bridging the Gap short films are collected under an umbrella theme. Sometimes the theme comes before we open for applications and sometimes, when the scope of the films has changed course in their making, we need to retrospectively apply a theme that feels right. In 2012 our commissioned films all happened to be by men, with male subjects at the centre. At SDI we are always trying to push towards diversity and a balance of representation, so in 2015 we put out the call for filmmakers responding to the the theme of Women. The films we subsequently commissioned just happened to restore that balance by being by women with women subjects.

We’re incredibly proud of these four films and as this year’s International Women’s Day theme is #BalanceforBetter, we thought there was no better time to let the world hear these stories! So today we’re publishing three of the films in their entirety online.

Lucie Rachel’s Where We Are Now is a personal insight into the changing relationship between a young woman and her transgender parent. Reflecting on their relationship with a newfound openness and sharing experiences of coming out, they wonder what the future looks like once a decision to transition has been made. It has been one of our most successful films on the festival circuit to date, screening at over 30 festivals internationally including BFI Flare and MoMA Doc Fortnight. In 2017 it was selected as one of the #FiveFilms4Freedom, the world’s widest-reaching LGBTQ+ digital campaign run by BFI Flare and the British Council. The film travelled the world via this scheme and was even seen by Sir Ian McKellen! You can learn more about Lucie’s work on her website.

Wilma Smith’s The Review follows a family whose life quietly revolves around their son’s youth football career. As his review day approaches and his future with the club is assessed, his mum Yvonne worries about her son’s future and the impact that decision will have on her family’s ritual of supporting him play every Sunday, their time, energy and countless hours standing in rain, snow and sunshine, and beyond.

In Natalia Kouneli’s Silent Laughs, a Deaf stand-up comedienne performs in sign language fulfilling her dream to make people laugh, as well as bringing Deaf Culture to mainstream audiences. It screened many times in the UK, mainland Europe, U.S. and Japan, picking up the Deaf Shorts Award at Encounters Film Festival and an Honourable Mention for Best Scottish Short at SQIFF! You can check out more of Natalia’s work here.

Like most teenagers, April loves music, dancing, trampolining and swimming. But becoming independent is a challenge for a girl with profound sensory difficulties. With her 16th birthday approaching, her mother Sami needs to balance her own emotions over the vulnerability of her daughter, and consider tough decisions ahead.

We’re not releasing this one at the moment as Lindsay has a few things up her sleeve, but for just now here is the trailer:

You can hear more from the filmmakers in a blog piece we published to celebrate the commissions back in 2016 here.