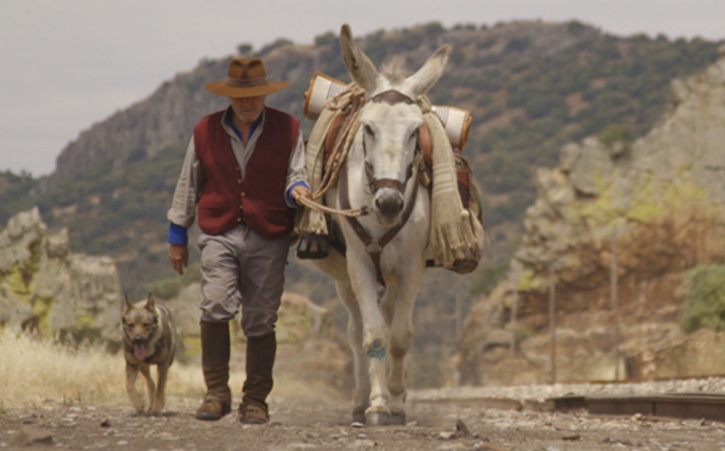 Chico Pereira’s award-winning, heart-warming, festival favourite is now available on iTunes in the UK! Further territories and platforms to be announced soon!

The film follows elderly Andalusian Manolo, who has two loves in life: his animals, particularly his donkey Gorrión, and wandering through the landscapes of his homeland in Southern Spain. Against the advice of his doctor, he plans one last epic walk, this time in the US; the brutal 2200 mile Trail of Tears…but not without his donkey. Will they make it?

Donkeyote has screened at over 35 festivals worldwide, picking up lots of awards including Best Documentary at Edinburgh International Film Festival, the Creative Recognition Award for Best Writing at the IDA Awards, the Jury Award at DocsMX and was nominated for Best Feature by BAFTA Scotland.

We have had some great reviews as well with Little White Lies calling the film “[a] gem of a documentary that you won’t forget” and the Guardian describing its depiction of Manolo and Gorrión’s relationship to be “a pure delight”.