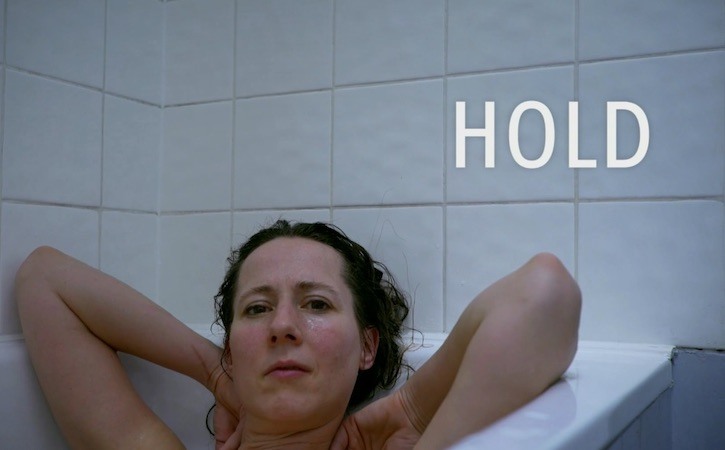 How do you love in isolation? And live in absence? These are the questions asked by director Phoebe Cottam in her 2017 Bridging the Gap documentary, Hold, which is available to watch in full below.

Phoebe immersed herself in the lives of Josie and her daughter Tala, as they tried to adjust without a husband/father in the house, capturing intimate moments with the pair.

After watching the film, scroll down the page to read a new interview with Phoebe Cottam.

SDI: Can you tell us what Hold is about?

Phoebe: It’s a film about a mother and daughter’s experience of living together, sharing the loss of a parent / husband – jailed unexpectedly – and adapting to life with a loved one “inside.”

What’s your background(s) in documentary filmmaking?

Before making this film, I had worked in documentary television for a number of years.

I can’t remember how I became aware of Bridging the Gap, but before getting onto the scheme in 2016, I had applied before! The idea for making a film with women / families with loved ones in prison came about during my time working on a documentary series in Edinburgh prison.

Everyone is so fascinated with prison and prison life – like a sort of fetish – but one of the things that stood out to me during filming was the effect of prison beyond the people inside. All the women queuing up outside prison in the rain day in, day out, sending in trainers and clothes and money, waiting by the landline for precious phonecalls. The pressure on people (mainly women) outside of prison seemed enormous and invisible at the same time.

Did the proposal change during the development process?

Yes! A lot! My initial contributors fell through at the last minute and whilst everyone was editing pitching trailers, I was still searching for a story. I found Josie whilst listening to a radio programme. The biggest change in terms of how to tell the story that came about as a result of the development process with SDI, I think came during the editing workshop weekend.

A question the editor in my group asked – why do you really want to make this film? What is it that you are trying to figure out for yourself? And I realised it had to do with the experience of loving someone and holding a space for someone who isn’t there, like a ghost. Something I was trying to work out for myself at the time. And that question helped me get excited about how to animate the story.

I suppose what surprised me the most and what I have been coming to terms with ever since – and probably will always as long as I make documentaries – is how blurred the role of director becomes when making an intimate documentary with someone. The swirling relationship between truth, friendship and story requires a strong director I think – emotionally strong – loving and boundaried.

How much time did you spend with Josie and Tala – what was it like being so close to them and their emotions?

I did most of the filming in three weeks and picked up a couple of scenes later on. During the three weeks, I was at Josie and Tala’s house most of the time, staying with a friend round the corner. It was complicated being so close to Josie and Tala whilst making the film – judging when to pick the camera up, when to let it be, how to conserve my own energy and brain space. I filmed and recorded sound on my own.

It was a lot to manage, but in a way it gave it this intense birthing process process feel for both me and Josie – we were both exposed and fumbling through. And in that way, both our energies are mixed quite naturally into the film.

What was it like seeing the reaction from audiences to the film?

It was a strange experience! People making their own minds up and drawing their own conclusions – didn’t expect that!

I tell lots of people to apply. It was a totally invaluable experience and as far as I’m aware, there’s nothing else like it – bringing together artists and first time film-makers of all backgrounds and experiences, none of whom had gone to film school, into this baptism of fire pitching and editing and storytelling your seed of an idea into a film screened at festivals all over.

What’s next for you?

I’ve been working on developing a feature for a couple of years. It’s been a complex process so far. Let’s see…

To find out about booking a screening of Hold, email alexandra@scotdoc.com.