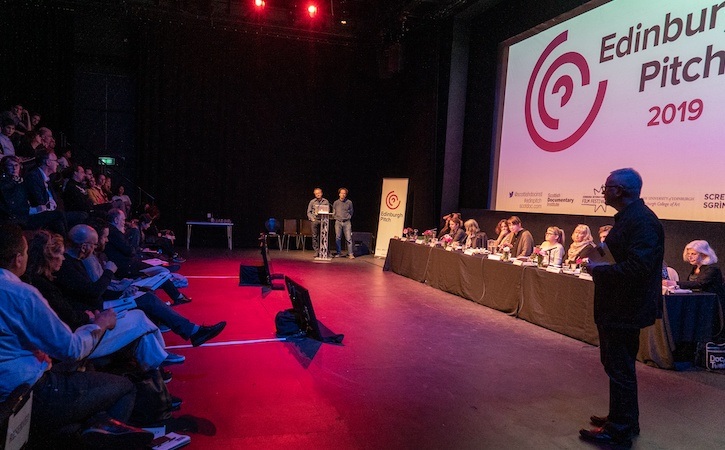 Scotland’s only international documentary pitching forum is back for its 14th year this June!

Running alongside the Edinburgh International Film Festival, the Edinburgh Pitch is aimed at independent filmmakers and companies developing and raising finance for creative feature documentaries and considering international co-productions.

One notable success to come out of the Edinburgh Pitch is the Oscar-nominated The Cave, which was pitched to us in 2018. Elsewhere, Danish-Greenlandic feature The Fight for Greenland was pitched in Edinburgh in 2019 as Declare Independence and will open CPH:DOX in Copenhagen later this year.

Between Monday 17th and Wednesday 19th June, participants will have the chance to take part in a preparatory pitch training workshop, before formally pitching their projects to a panel at the Edinburgh International Film Festival.

They’ll also get the opportunity to meet commissioning editors and experts for one-to-one meetings.

Read more about the pitch and APPLY here.

The Edinburgh Pitch is supported by Screen Scotland.