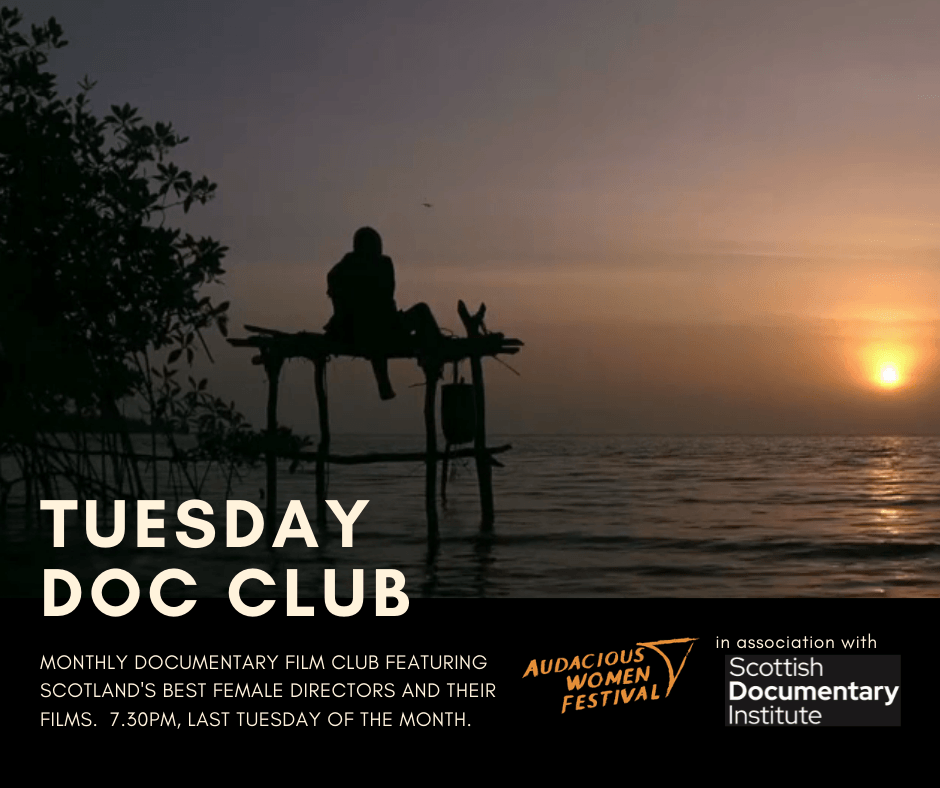 A partnership between our 50/50+ Women Direct campaign and the Audacious Women Festival, the Doc Film Club is a free, online event held on the last Tuesday of each month.

On Film Club nights you’ll meet other women who are interested in documentaries, and get to watch and discuss some of the women-led films we’ve produced. The films’ directors will also be there.

August’s Film Club takes place on August 31st, 19:30 – 21:00pm, and explores the messy and unpredictable world of relationships and responsibilities, through the short documentaries ‘That Joke Isn’t Funny Anymore’ and ‘Time To Fly’.

That Joke Isn’t Funny Anymore, Director Hannah Currie, is a BAFTA award-winning short film about Paul and his wife Lindsay. Paul suffered a massive brain injury which has left him caught in a perpetual loop of joke telling.

Time to Fly, Director Lindsay Brown, screened on BBC Scotland as part of our Right Here series, features a mother navigating through care options for her autistic daughter as she leaves residential school and transitions to adult accommodation.