We are delighted to welcome Palestinian Jordanian director and producer Dina Naser to Edinburgh for a Directing Masterclass.

In this Masterclass, Dina will explain her career development as a filmmaker, and how to move a story from a short to feature length. Focussing on her recent release Tiny Souls (2019), Dina will explore how to work with vulnerable children in the camps, as well as how to direct and take the film to edit.

Tiny Souls will be available to watch as part of the Take One Action! Film Festival
22nd September 2019, 5.45pm / Filmhouse Edinburgh

Synopsis: 9-year-old Marwa is a lively, inquisitive child, whose interests revolve around playtime, school and her siblings. She and her family live in Jordan’s Za’atari camp, the world’s largest camp for Syrian refugees, and hope to return home soon. 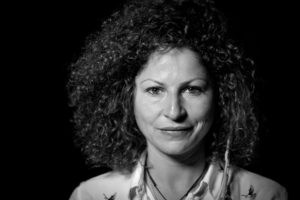 A Jordanian director and producer of Palestinian roots, Dina first graduated with a BA in Art and Graphic Design in 2003. And in 2013 was granted the Docnomads scholarship program for Master Degree Documentary Filmmaking in Lisbon, Budapest and Brussels. Post graduating, she followed her passion for filmmaking, and worked her way through diverse TV productions. She then transitioned behind the camera, and began to independently direct and produce. Dina’s devotion for documenting is inspired by people who are seemingly ordinary, until you learn of their unsung circumstances, and by stories that spring from her homeland in Palestine. Her subjects are presented with poise and untainted perception, often touching on the veiled layers of certain communities and habitats.

In collaboration with Take One Action! Film Festival