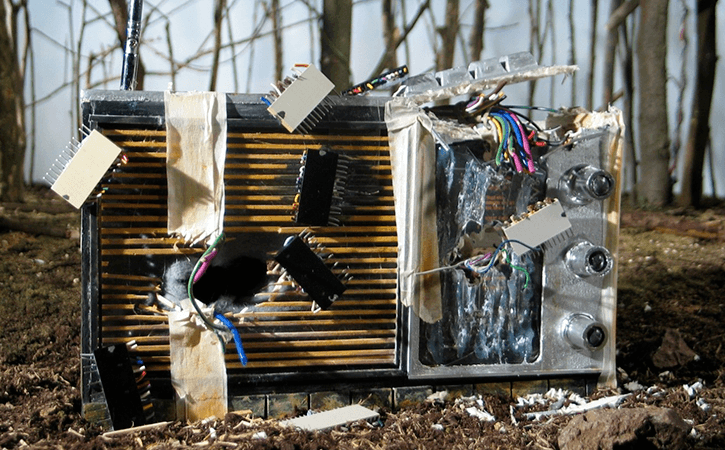 The Scottish Documentary Institute picked up the Best Scottish Short Documentary award at Edinburgh International Film Festival 2009 with Edinburgh College of Art graduate Johanna Wagner. ‘Peter in Radioland’ was produced by SDI Productions and was made as part of the annual Bridging the Gap scheme.

The film that was made with assistance from Rebecca Day (Producer), Mark Jenkins (Editor) and Matt Hulse (Sound Designer) has also picked up a nomination for the European Film Academy short film award.

‘Peter in Radioland’ is one of the latest films from the Bridging the Gap scheme on the theme of future.

It is about 63 year-old Peter is on sick leave and spends most of his time alone in his house, contemplating his past. Little makes sense to him anymore in a digital world made up of zeros and ones. Comforted by his analogue radios, his memories and his loving wife, Peter is left yearning for the old days. This film shares with us a common fear of change portrayed through Peter’s struggle to find his place in the modern world.

Johanna Wagner, director of Peter in Radioland said of her win:
“It was a great surprise and honour for me to win this award; it means a lot to me that my work has been acknowledged at EIFF. Since the film is such a personal subject, (about my Dad) it was very emotionally draining making it. Seeing it on the big screen and realising that people could enjoy the film and even identify with my Dad was very encouraging. I’m very grateful for having been chosen to take part in the Bridging the Gap scheme. It has given me enormous experience and opportunities which I would not otherwise have had. The scheme has also taught me a lot of things that as a new filmmaker I need to know”.