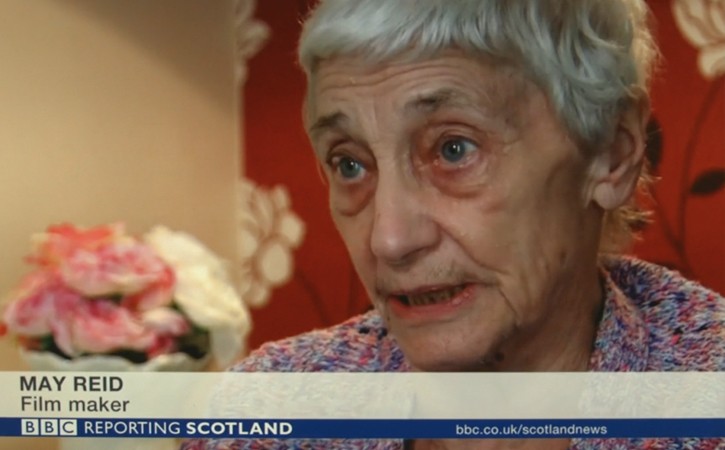 In Duncan Cowles’ 2014 Bridging the Gap film Directed by Tweedie, Duncan’s granddad ‘Tweedie’ takes up the role of filmmaker in a film that examines the difficulties of communication between the generations, whilst exploring that unspoken contract that binds children to their grandparents.

Duncan has now adapted Directed by Tweedie into a new project, Directed by North Merchiston, commissioned by Luminate Scotland’s Creative Ageing Festival that led him to spend three months at North Merchiston Care Home making films with the residents; which Duncan describes as one of the best filmmaking experiences of his life.

“We held a screening in the care home for the residents and friends and family, which was a great event and meant a lot to everyone in the room. The project was even featured on BBC Scotland, which was really bizarre and still gives the  residents a good laugh. In particular May, who absolutely never expected to be labelled as a filmmaker on TV.”

The five Directed by North Merchiston films will be made available online, one per week each Monday from March 20th through to April 17th.

You can see teasers and a full album of videos from the project on Duncan’s Vimeo page.