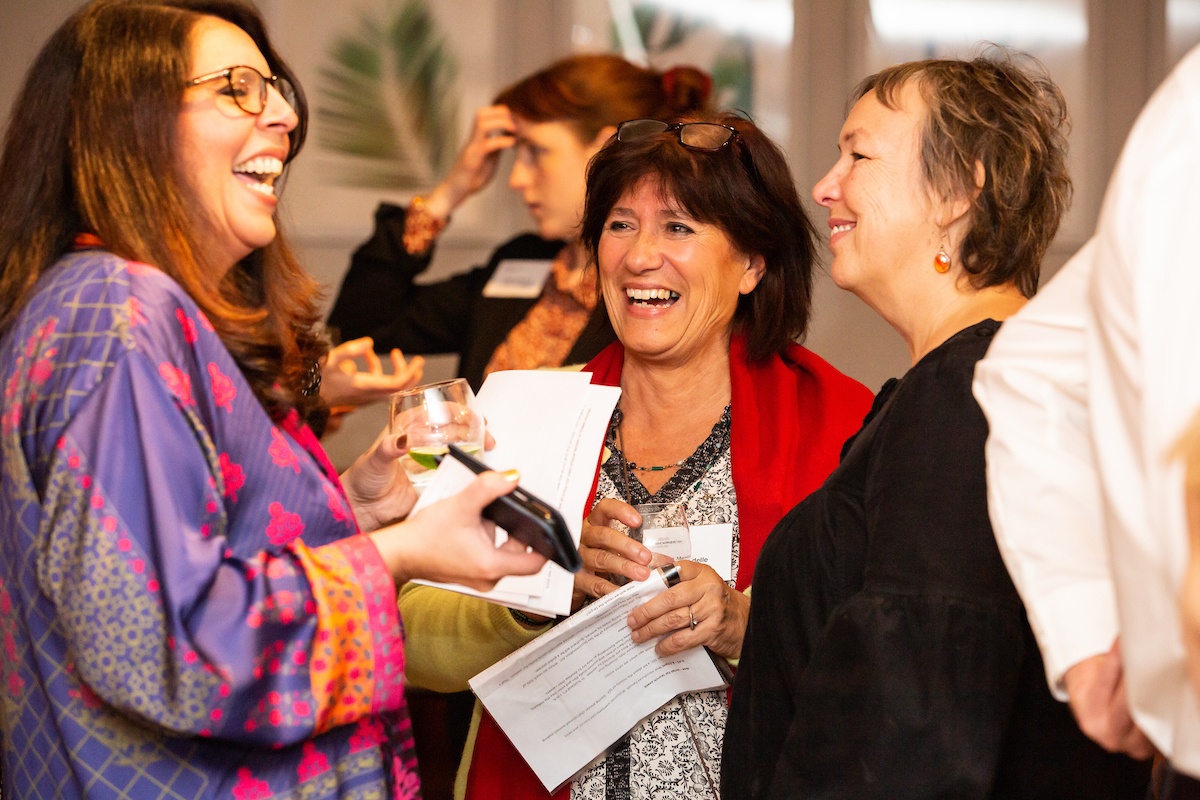 Last night in Edinburgh we launched 50/50+ Women Direct, a campaign created to increase the number of women filmmakers in Scotland to 50% by 2025.

Although documentary is more relevant and popular than ever, only 16% of Scotland’s documentaries are directed by women. As a result, many of the issues that are important to Scotland’s women are not being explored.

Following an introduction by our Director, Noe Mendelle, in which she noted that 2025 will mark the 50 year anniversary of the Sex Discrimination Act, speakers included director and producer Uzma Mir-Young, documentary filmmaker Dr Amy Hardie, and Isabel Davis, Executive Director of Screen Scotland. Said Isabel:

“There’s a lot [around female filmmaking] to be really proud of, and to celebrate, but absolutely we need to be demanding, you need to be demanding of us, we’re up for it, for absolutely sure, so we’ll keep talking, we’ll do this together, it will be a collaboration, and well done SDI for getting things going”.