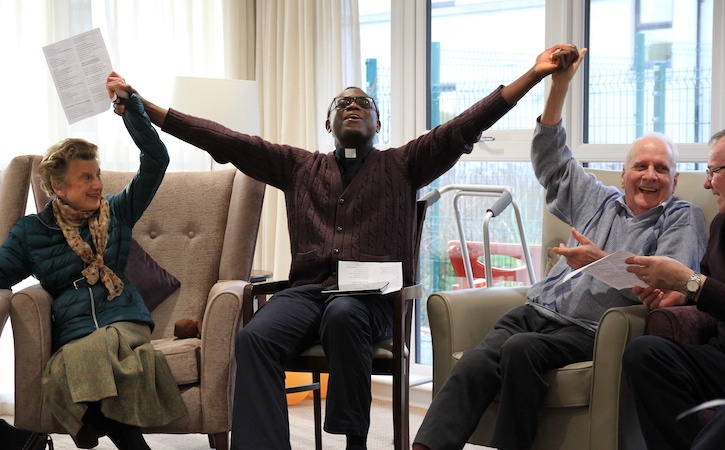 The first three films to be produced as part of our new Right Here initiative will premiere at the Glasgow Film Festival in March.

Produced by SDI in association with Screen Scotland and BBC Scotland, the films will each be screened at the festival on Tuesday 3 March at 6pm, before being broadcast on the BBC Scotland channel later in the month. The three films are:

Long Live Livi by Parisa Urquhart & Ling Lee
Livingston skatepark is world-legendary but forty years on it has fallen into disrepair. Can three ambitious young skate girls bring Livi back to life?

Time To Fly by Lindsay Brown
Sami is mum to April diagnosed with severe autism. April turns 19 and Sami wants to plan an independent future for her. Searching for the best option is a big challenge but letting go is even bigger.

Our Fathers by Kieran Hennigan & Zoe Hunter Gordon
Father Max and Father James have been sent on a mission from Aba, Nigeria to the Scottish Highlands due to a shortage of local priests. Will their humour and Igbo songs help keep these remote communities alive?

We recently closed applications for the second round of Right Here applications, with new projects due to go into production later this year for a 2021 broadcast.

Tickets for the Glasgow Film Festival screenings are available now from their website.