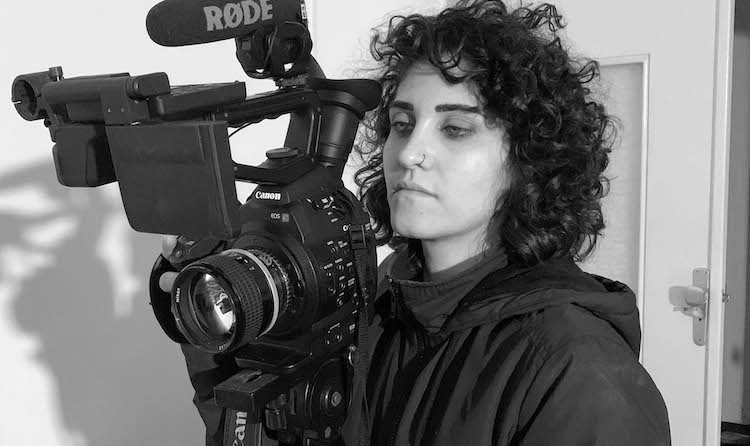 One of the film’s was Madonna Adib’s Let My Body Speak, an intimate journey exploring the repression experienced by the filmmaker during her childhood in a Damascus also experiencing a growing socio-political repression in the late 80s early 90s.

Produced by Scottish Documentary Institute’s Noe Mendelle, the film has been selected to be shown as part of IDFA 2020’s Luminous programme. The film will be screened in an Amsterdam cinema and online on 23rd November, IDFA’s Queer Day.

We spoke to Madonna about the development of Let My Body Speak, the collaboration process, and making a film during a revolution.

Were you developing the film before you heard about the More Films for Freedom programme, or did it come together in response to their brief?

I had this idea a while ago triggered by another project that I’m working on, so it all started as a story to tell at Cliffhangers – a storytelling platform – as I am a regular storyteller. I wrote it and was ready to tell it, however, a week before telling this story, I saw the More Films for Freedom programme and decided not to proceed with the storytelling event, and to convert this story to a short film instead.

The film offers a commentary on the repression you faced growing up in Syria, but the themes are universal. Do you begin developing your films by thinking about themes, or does the central story come first?

My work revolves around queerness, body and women in relation to the patriarchal political system we live in, so for me the theme was clear and I didn’t have to think about it. The film started from my very personal experience in this system that also expands to all other places in the world where queer people can relate, so basically starting from a personal fight to a universal one.

This is clearly a very personal film in which you reveal both your inner thoughts and your body on film. Were you ever nervous about sharing so much of yourself and how do you get past those feelings in order to make art?

The moment I decided to tell my story I knew that I needed to be “naked” metaphorically and literally, otherwise let’s not make this film in the first place.

However, it was way harder than I thought it would be, but working on it with the producer Noe Mendelle, who was very understanding and sensitive towards the topic was one of the biggest reasons why I could make it, she knew exactly how to push it further to push the limits and to push me out of my comfort zone without me feeling violated.

Although you narrated, directed and performed in the film, you did have a small team working with you. Did you know your collaborators already and what was the process like working with them?

First of all, the whole team consists of women, there’s only one man who worked on some parts of the sound design and who I fully trust.

I have known the DOP, Elsy Hajjar, for the last three years. We have worked on several projects together, therefore I have full trust in her, both professionally and personally.

It was also very important for me to have a female editor as we would be spending all our editing time in a fairly intimate environment, working on my home videos and the footage of my naked body, putting me in a very vulnerable position as a director. But more important, I didn’t want to take the risk to feel sexualized by any potential patriarchal man.

You’re based in Beirut and the film was made in 2019 during a one year long protest / strike against the government. What were the challenges of making a film in that context?

Actually the protests and the revolution had a beautiful impact on my working on this film.

Revolution is indivisible, and what I’m talking about in this film is not independent from the political system we live in as I mentioned earlier.

However practically, it was a real challenge to coordinate with the people I’m working with, having to work around electricity, internet and transport cut and closed banks. It wasn’t easy to find a location to shoot since people did not know when they would open. Travelling to the location on time was another challenge because of the road blocks, but we all felt so happy and excited about what was happening that it erased our frustrations!

How does this film help/promote LGBT+ cause in Lebanon and Syria?

I can’t change the world, I’m one person and I can only do so much, but I believe that visibility makes change. I have the privilege to be able to tackle a taboo subject in our society without getting harmed, so the least I can do is to be visible so other queers who can relate, feel that they are not alone, knowing that others have been through this before.

Maybe this could be a call out for the people that have no idea how bad they affect us without knowing.

Find out more about Let My Body Speak.