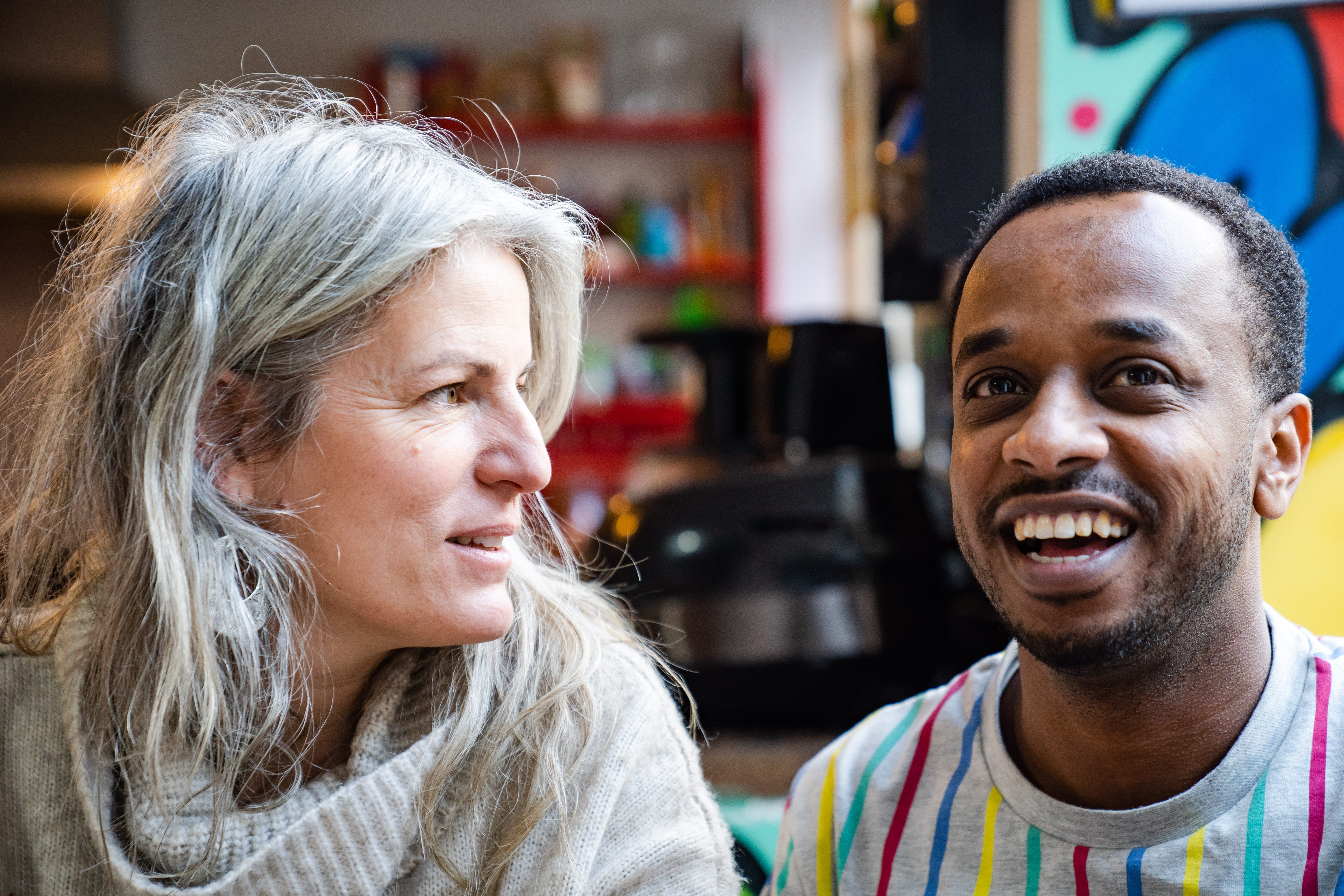 We caught up with Carla Shah, about her involvement in Bridging the Gap and making her film, The Tomorrow That Will Come.

What gave you the idea for your film?

The initial idea came during the Taliban takeover of Afghanistan in 2021. An article had come out about the rise of people signing up to host refugees in the UK. I was curious about this dynamic, of people, strangers, sharing intimate spaces and the ways in which they find common ground and a sense of community. I knew that I wanted to make an observational documentary, with very little dialogue, in one location: the home.

The story would be pieced together slowly, so that only at the end would it be revealed how the two people knew each other. To find this story, I decided to find people who had developed a friendship through this experience. Something that would show solidarity and growth. That is when I came across Mohand and Sophie. Though not through hosting the two friends had lived together for many years.

What drew me closer was the fact that they made plays about refugee experiences. Due to the very specific moment in their lives – and the creation of a play about Mohand’s home country, Sudan – it made sense to focus on the pair’s creative process and what we mean when we talk about refugee stories. 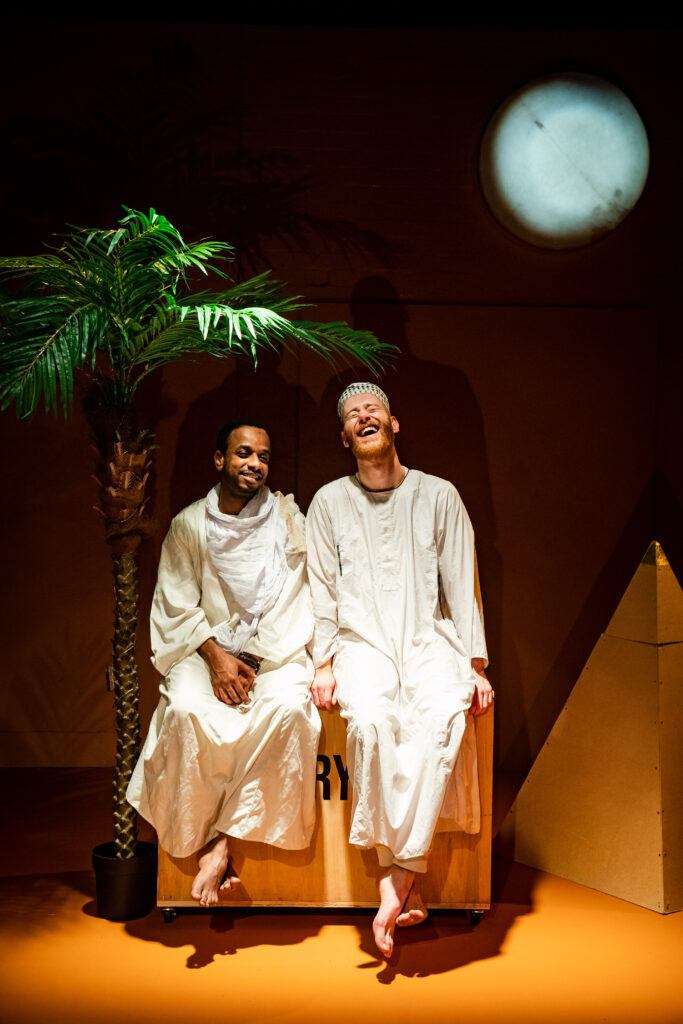 What are your hopes for the year ahead?

I really hope this film travels and resonates with the public. Mohand and Sophie have such a rich and vibrant story, this short film is just a fragment of a much bigger narrative. I would love to develop a longer film with them in the near future.

For the past 5 years, I have also been collaborating and directing my first feature called Thread, set in Brazil. It’s a performative and reflective documentary about the friendship of two women who use art and storytelling to reclaim their life after trauma. I would love for it to finally come to life.

As for the far future I hope to continue a life telling stories that I am passionate about.

What would you hope the audience takes away from your film?

From the get-go, I wanted to challenge the format in which we talk about refugee stories. And to do this, you have to move away from the label and tell the story of a person. When you touch on universal truths and struggles (a creative process, the longing for one’s home), there is the possibility to create a personal connection with that story.

By giving little context and background, this film allows actions, moments, and gestures to tell a powerful exchange between two people and the language they use to connect. I hope that the audience comes away with a sense of possibility, where regardless of one’s culture and background people are able to come together to support one another. 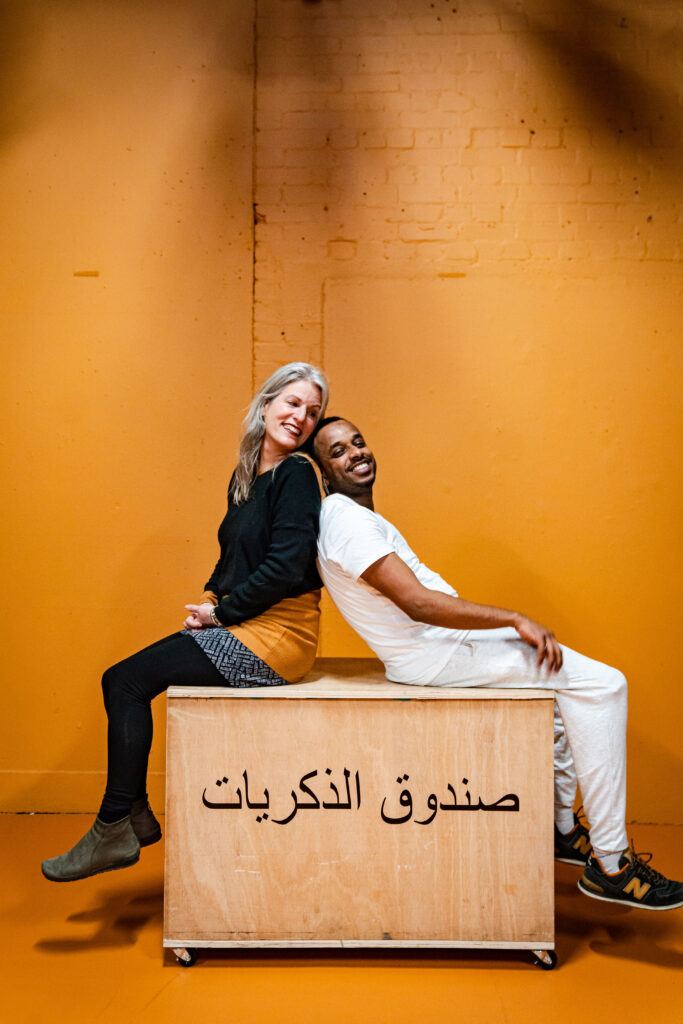 BTG really pushed me to evolve as a filmmaker. I began my career more than 9 years ago in Brazil as an editor and self-shooting director, and although I have directed before I often hide behind the editing title. This experience really gave me the confidence to break through and trust/enjoy/cherish the creative process. It showed me what I am capable of and to keep true to my inner voice and vision.

Creative processes are often uncomfortable and very solitary, so having such a supportive group of peers and a safe space to exchange ideas really shifted my filmmaking experience.