We spoke with filmmaker Erica Monde about her involvement in Bridging the Gap and her film, There’s Not Much We Can Do.

What gave you the idea for your film?

I started with wanting to make a film about endometriosis as it is such a political condition, being very underdiagnosed and undertreated. However, I wanted to approach the subject conceptually and emotionally – starting from my own experience, I wanted to represent the embodied sense of endometriosis, how it feels in the body itself, and how this specifically relates to and is impacted by the larger political and social world.

When coming up with an idea from the film, I thought there must be something visible that could illustrate my experience with this unseen condition. I felt there must be something out in the world that moves through the world in the same way as endometriosis – invasive, growing, disrupting its environment. I had heard of invasive plants before, and after doing some research I came across the Japanese knotweed, which I didn’t know much about at that time. 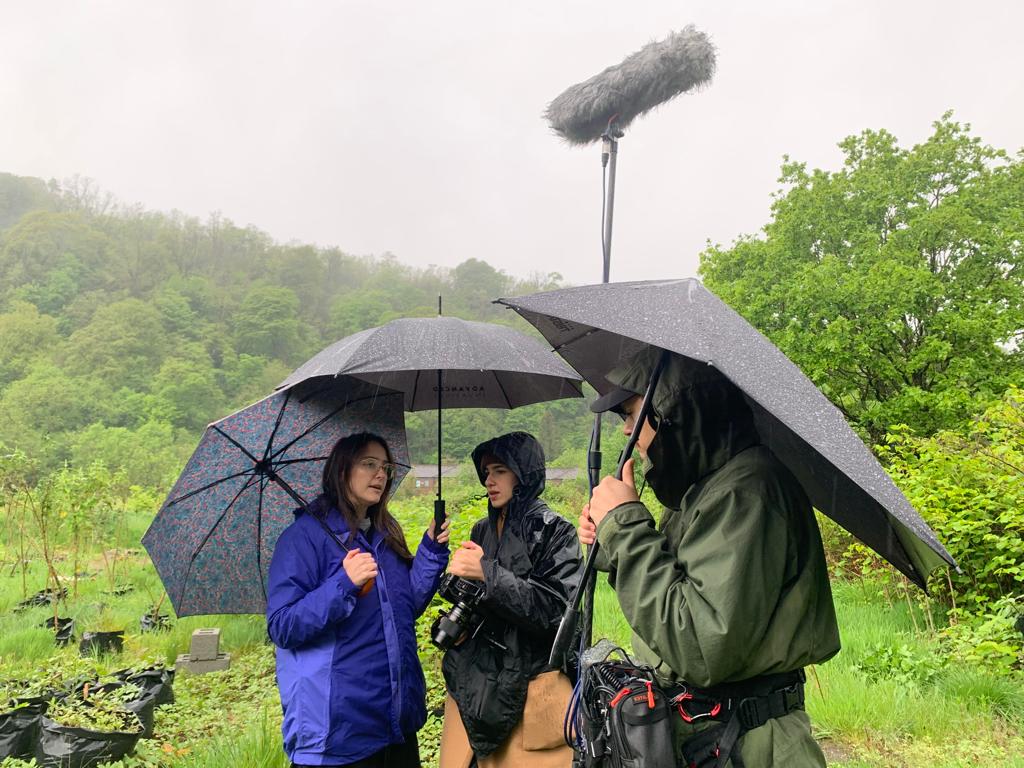 The exciting part of the filmmaking process then became exploring the plant (spending time with it, filming it, and working with people who have extensive knowledge of it) and seeing how our paths ran parallel, and eventually crossed into an intimate relationship with each other. I think this came from a sort of kinship I feel with the natural world that made the plant such a great lens and subject in its own right: both humans and plants operate under similar biological principles – we all grow, we live in both health and sickness, we die. 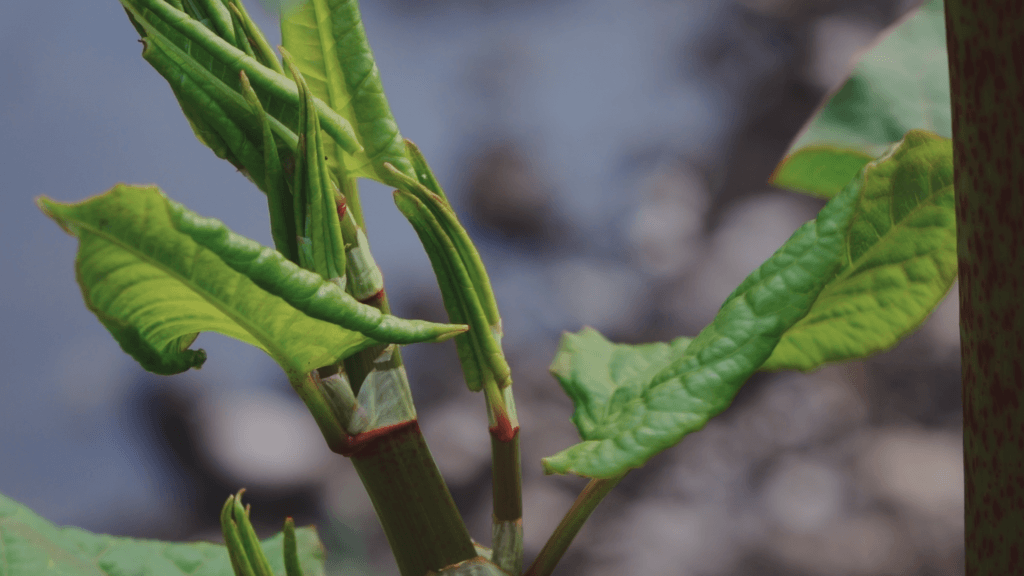 There are many parallels to our lives, including socially and politically. Although I have been living my own story for many years, throughout the filming process the connections between endometriosis and Japanese knotweed began to unfold in unexpected ways, and I began to see them both in a new light, making this new relationship between the story of my body and the story of the Japanese knotweed the basis for the documentary.

What would you hope the audience takes away from your film?

I hope when audiences watch There’s Not Much We Can Do, they reflect on why we as a society think of bodies the way they do, and imagine how we might think of, and therefore relate to, them otherwise. 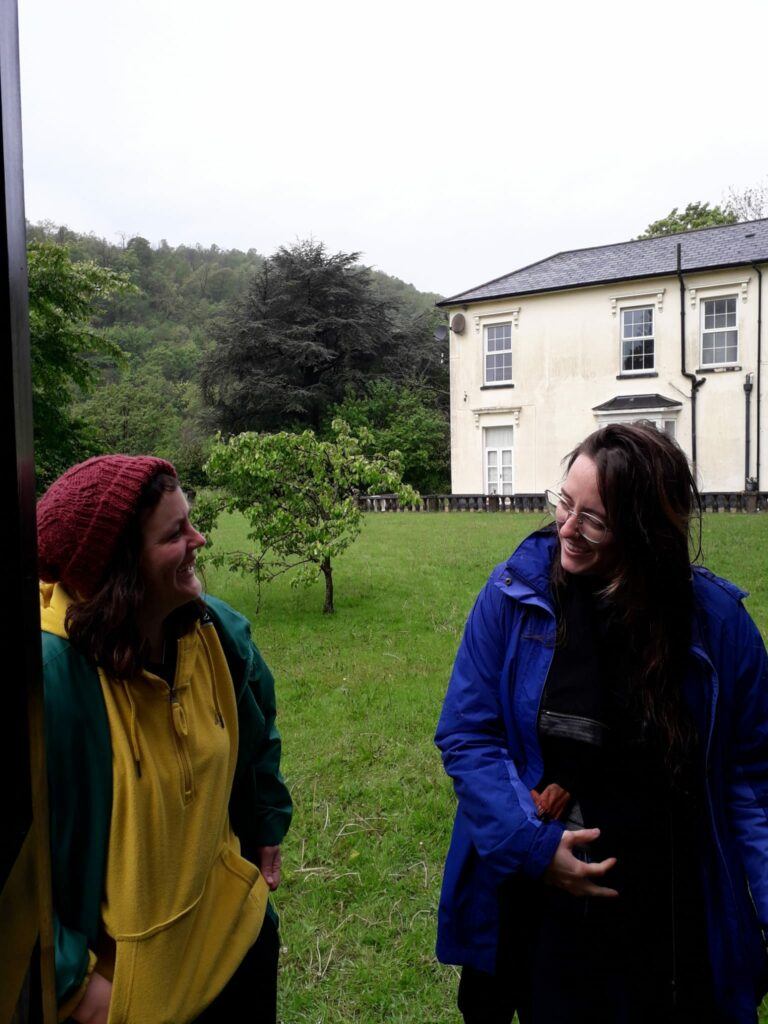 I hope people leave with the empathy of the film, to develop a deeper understanding of both endometriosis and the Japanese knotweed, and reflect on what our relationships with both of them can tell us about what it means to live with and within the natural world.

Being involved in Bridging the Gap was a very unique experience. I felt it was exceptional training on all of the aspects involved in directing a short documentary at a professional level, and it created a balanced and structured framework to see the documentary process from beginning to end.

The level of support given to make the film I wanted to make was very high – everyone at SDI, the crew, and my fellow filmmakers all believed in my idea for the film from the beginning. I especially appreciated the collective feeling of the programme: working with everyone over the year helped me discover more and more nuance and pathways in the story, helped me define my tone and message and allowed us to develop our styles and voices. 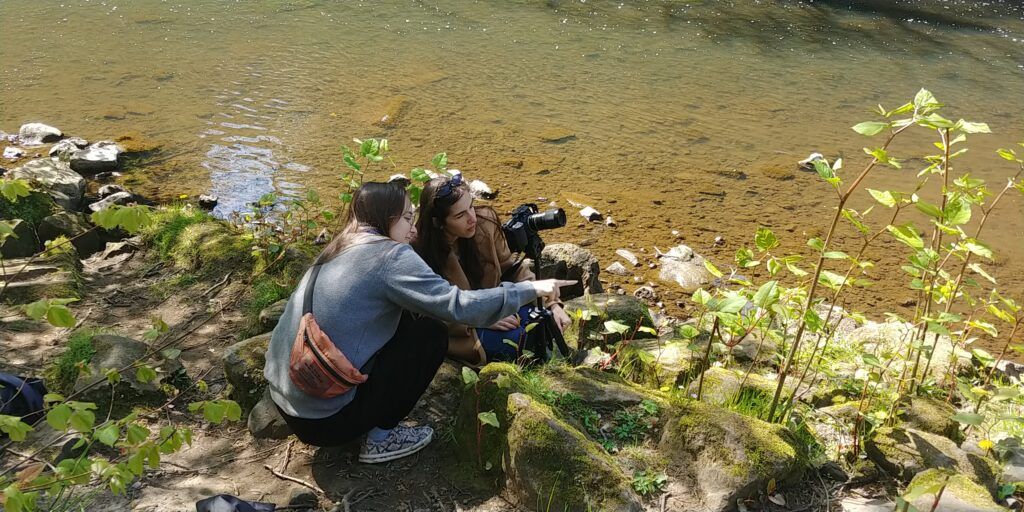 Especially because my film is on such a personal and political topic, I felt Bridging the Gap was a great programme to make this film, as it gave me the space, tools, support and knowledge to develop and create the documentary I had imagined from the beginning.

What are your hopes for the year ahead?

I hope There’s Not Much We Can Do travels around, especially to festivals so we can start talking more about endometriosis! I also want to start getting more involved in both the industry and community sides of documentary – last year I co-founded a filmmaking collective called the Imprint Documentary Collective with Marta Massa, the DOP from “There’s Not Much We Can Do”, through which we do a lot of research, filmmaking, and collective producing on themes of embodiment and the body in film. We hope to start delivering our workshops and talks over the next year here in Scotland and try to create a supportive community of women and nonbinary filmmakers working on these topics specifically. I’m also editing another documentary short I’ve directed called “I was born in the month of the moon”, and am starting research for a feature documentary idea.