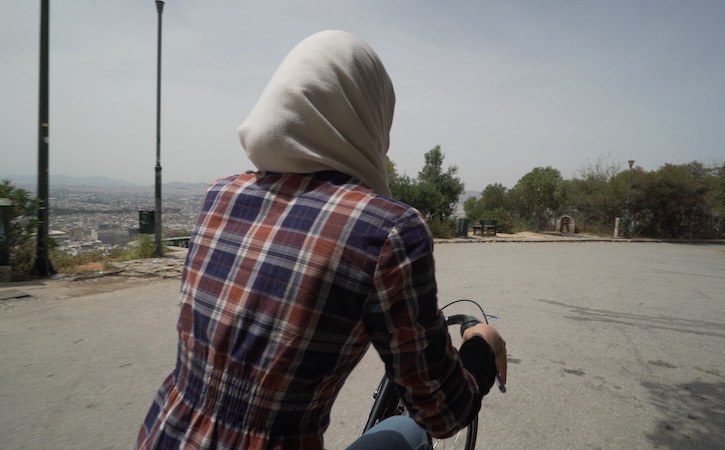 Myriam Rey’s 2017 short, Only My Voice, is an ode to freedom, as migrant women share their ambitions and dreams of a new life against the backdrop of Athens.

Premiering at the Edinburgh International Film Festival and screening at film festivals around the world, the film is now available to watch in full below to mark International Migrants Day.

After watching the film, please scroll down to read a new interview with Myriam, in which she discusses the film’s genesis as part of our Bridging the Gap scheme.

SDI: What’s the premise of the film?

Myriam Rey: It’s a cinematic ode to freedom in which the stories of four women from the Middle East interact with the city of Athens. As they preferred not to be identified, only their voices are heard. Stories of up-rootedness and contradictory sensations and experience of freedom will gradually echo each other, resonating and interacting within the urban landscape.

Was this your first venture into documentary filmmaking?

I made my first short doc This Island’s Mine as part of my training with Open City Doc at UCL, but this was the first time working with producers, editors and distributors.

How did you arrive at the idea for the film? Did the idea exist before you applied for Bridging the Gap and what made you apply for the scheme?

The seed of this project was planted during a conversation, at the end of 2016, with my friend Thaleia, who works in Greece. Listening to her recounting stories about her creative work with women in a Greek refuge for migrant women, The Melissa Network in Athens, I was immediately struck by the resilience and strength that came through these stories. Shortly after our conversation, I came across Bridging the Gap’s scheme.

The theme of the program was “Rebellion” and the stories told by my friend came back at the forefront as I was imagining a feminine rebellion poem. Being half Syrian, I wanted to counter this sense of powerlessness felt as the horrors were – and still are – happening with impunity in Syria. I knew that the idea for the film was still at an embryo stage and the scheme seemed like a perfect opportunity to help me develop the idea in a supportive environment.

Did the proposal change during the development process?

Very much so as each workshop through out the scheme offered a chance to challenge thoughts safely and creatively. It did feel a bit daunting at times to pitch the project or share my written proposal, which was still in development, in front of the group but the general atmosphere at SDI created a space where these experiences were actually great learning curves to help me refine the project.

Receiving feedback from industry experts and other BtG participants was a great way to understand the strengths and weaknesses of the project. This was invaluable in developing the proposal further. 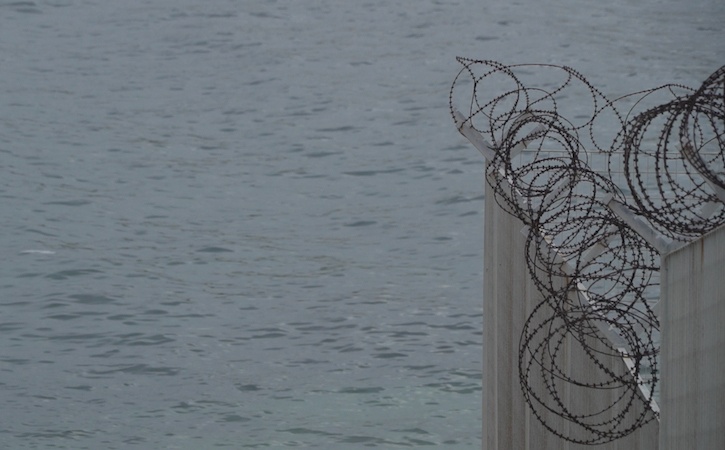 The film features women’s voices over footage filmed in Greece – was this always your vision for the film?

No, the initial vision was constantly being reshaped, as I had to work with the various constraints of the reality. Some challenges during the process felt like setbacks at the time but in hindsight were sort of gifts…as Thierry Garrel explained during our first workshop with him at SDI, documentary is about “not knowing what you will receive from the gift of reality.”

As I was developing the idea during the scheme, I imagined the film as being built alongside a woman that I initially met in Athens. However as I was developing the project, meeting and spending time with the women, one main problematic kept coming up: a strong fear of being identified. Indeed, many women I met had relatives back in their countries and would fear for their security. For some, they also feared to be recognized in a specific country, as it could affect their chance of reunification with family members living already in a different European country.

They wanted to share something of their experiences without revealing their identities. The idea of sharing only their voices allowed them to speak more freely. I was at first worried about this and the challenge of bringing this to life visually. I remember talking about this at the time with Flore Cosquer at SDI and my producer Hugh Hartford who have given me a precious advice: use and turn the constraint into a creative opportunity. In that case, the constraint of not being able to show the women’s faces opened up new creative ways to tell the story.

So I adapted my script to the new circumstances and explored different cinematic “dispositifs” to experiment with new possibilities of embodied female subjectivities to bring their stories to life. One of these dispositifs in the film was to use the urban landscapes as characters interacting with the protagonists. At times the walls and places in the city became the women’s emotional landscapes. The viewers are invited to move with the women’s voices in different spaces within the city, experiencing alongside them how it feels to be and move in this liminal space.

Another dispositive was to work closely with musician, Fabienne Debarre, to accompany the women’s journeys. Throughout the film, their words are interlaced with music and noises from the city to form, by the end, a new antique chorus. The chorus ends in the empty streets of Athens after a saturated crescendo, when the night slowly fills with men.

Finally, through a poem, written and read by one of the women, there suddenly emerges the memory of Damascus, superimposed with the blurry port of Athens. 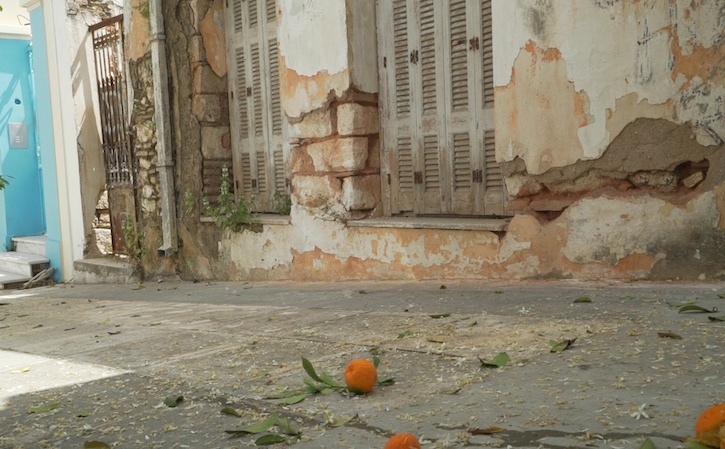 What were some of the challenges of arranging the interviews or with the production in general?

As I was filming in Athens, the challenge was to explore and find the visuals that would transmit the women’s emotional journeys without revealing their identities. I was lucky to be able to collaborate for a couple of days in Athens with Giannis Kasapakis, a director of photography from Greece. The shots he made of the bicycle scenes and the streets of Athens at night captured the essence of some of the feelings described by the women.

Arranging the interviews in post was also a challenging task: the women’s stories echoed each other however I also wanted to honour the personality and individual story of each contributor. In the edit room, with Alice Powell, the film was getting its final phase of re-writing. It was truly inspiring to work alongside Alice. Her expertise was invaluable in weaving these interviews together in a compelling way. She was amazing at capturing the details in the interviews and images that helped build the emotional layer of the film.

Working closely with musician and composer Fabienne Debarre also played an important part in exploring ways of dealing with the above challenges creatively. Fabienne did an amazing work of composition associating particular sounds of the city to each woman speaking and underlining the musicality of the Arabic language. The dialogue between sound and image accompanies the journeys and the contradictory feelings evoked by the women, the uncertain waiting, the fear of speaking and being recognized, their hopes and aspirations, the nostalgic exile and the ambivalent experience of freedom.

I am really grateful of the support from the SDI team, Hugh Hartford (Banyak Films) and Jessica Loveland (Creative England) who have supported me through out the process and believed in this project.

How useful was it having support from the SDI team and what did that involve?

It was a unique opportunity to develop my project in a supportive and thriving environment with other filmmakers and professionals from the industry. It was a chance to challenge my thoughts and reflections around the project in a safe environment and gave me invaluable insight to develop it further. Hearing from professionals at the various workshops who all had different backgrounds and approaches was truly enriching. It really helped me to develop new skills in thinking about style, composition, dramaturgy as well as learning invaluable skills like pitching. Ultimately it helped me gain confidence.

The scheme confirmed how valuable it is to meet people within the field and gain knowledge from each other’s unique approach. Working with award winning producers, directors and editors at that stage of my career, was amazing and truly inspiring. The SDI team was a consistent support through out the development of the project from writing the treatment to distribution. Until now, advice given by the SDI team are things that I go back to whenever I approach a new project.

Thanks to the distribution team at SDI, the film has had an amazing festival journey. It recently won Best Short Doc at the Nova Frontier FF in New York and we are so glad to make it accessible online so that the women’s voices continue to be heard and reach an even wider audience.

What have you been working on since the film was completed?

I’ve made a commissioned short film for Health Education England and currently writing a feature length creative documentary. I have also been part of the BFI Network & BAFTA crew 2018, which was a great experience.

To find out about booking a screening of Only My Voice, email alexandra@scotdoc.com.